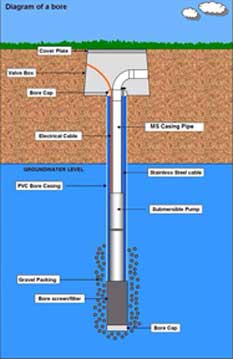 When the company starts the survey work, they scrutinize the type of the sand and the type of the rock, & the water level. Particularly, if saline water comes the company should distinguish the core composed of plastic rocks and the enclosing rocks surrounding it. Besides, we find a marked difference between the structure of the core and the enclosing rocks. The core bears all the features of the active dislocation of the plastic masses composing it in the upward direction, while the structure of the enclosing rocks reflects only their passive accommodation to the movement of the core

The contours of the core are characterized by a gentle arch and steep lateral surfaces. In the plan the contours of the core are not the same at different depths. In this respect the Romna dome in the Ukraine presents no minor interest. The core of the fold, composed of the Devonian rock salt, in the Upper Cretaceous deposits is elongated in the north - west direction parallel to the strike of the Hercynian structures; in Paleogene deposits the core acquire the rounded contours.

The inner structure of the core is characterized by an exceptionally complicated arrangement. The plastic rocks composing the core are crumpled into narrow and compressed folds. Which can be formed only when the substances is in the state of flowing. Individual inter-layers composing these folds are greatly extended; in place however, they form complex bendings, clusters, and irregular bulges.

They enclosing rock masses at the contact with the core are often fractured and truncated by the plastic rocks of the core. In the proximity of the contact they have a steep form of bedding, often turned upside down or overturned. Numerous ruptures and gliding surfaces are developed within them along which individual members and riders become separated from the rocks that enclose them and follow the core in their dislocation over considerable distances.

The said displacement is accompanied by the development of zones of fracture and fault breccias, which attribute to the structure of enclosing rocks in the contact zone complexity of a very high degree. These dislocations soon die out as the core becomes more remote - and at a distance of several hundred meters from the dislocated zone, they usually disappear altogether. Thus, in diaper structures two types of folds coexist : in the active core there is the development of the flow folds, whereas the rocks surrounding the core and subjected to transverse bending. Above all, the company finds out not only the type of the water, and also the type of the rock and depth of ground water. 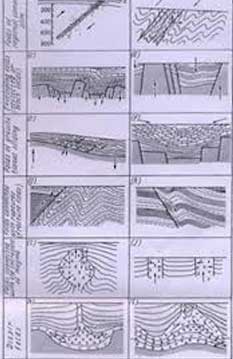 It is by far not always possible to measure the elements of the bedding of layers with the help of the surveyor's and diviners report alone. When the cores of boreholes and the walls of mining works are investigated, the measurement of the elements of bedding and water source becomes very often either totally impossible or can be accomplished only approximately.

Only this structure helps us to get success in our bore well work and also to get good and more water in all our sites. In rainy season, in Chennai we can get water least in 20 to 30 feet itself where as on summer season we could not get water even in 120 feet, so the company doing bore well work according to the seasons & getting permanent solution for water problem in all over Tamilnadu

Moreover, borewell also get destroyed by the food particles near the borewell, & the dirty water comes inside the bore through the toilet pipes and drainage pipes in rainy seasons. In this situations, our company advising the pros & consequences to all our parties. 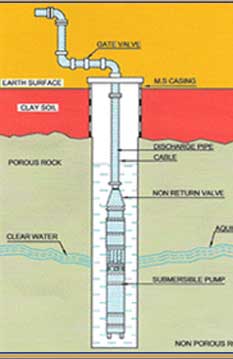 There are some areas which must undergone re-flushing after six month's time. Particularly in sandy area when we insert the PVC pipe the holes of the slotter will be in 0.5mm to 1.5mm only. In rainy seasons, small sand particles might cover the slotter holes even after taking necessary steps like pebbles packing near the bore, which might leads to the low water level, and also the destroy the condition of motor and the pump set. In this case, our company is giving free service for 6 months to one year and also undertakes short term and long term before protection. 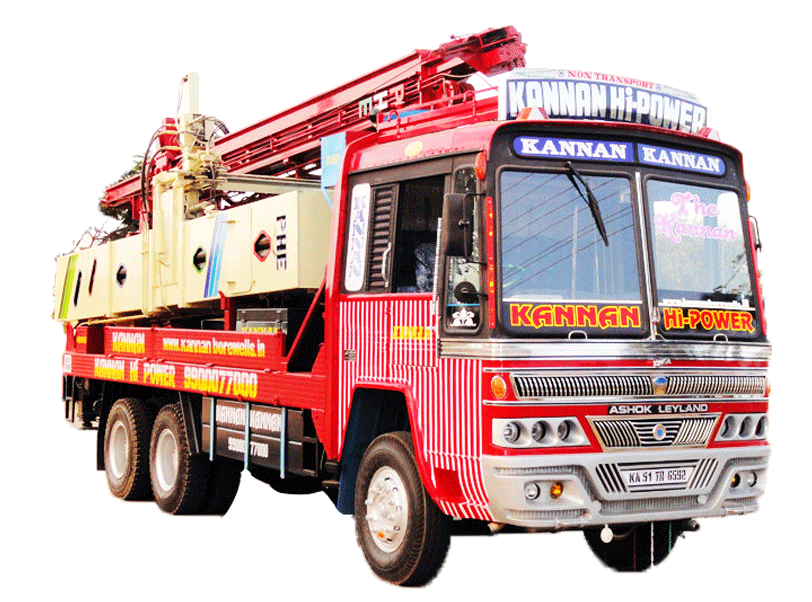 Simply dummy text of the printing and typesetting industry. standard dummy text ever since the 1500s, when an unknown printer took a galley of type and scrambled it to make a type specimen book.